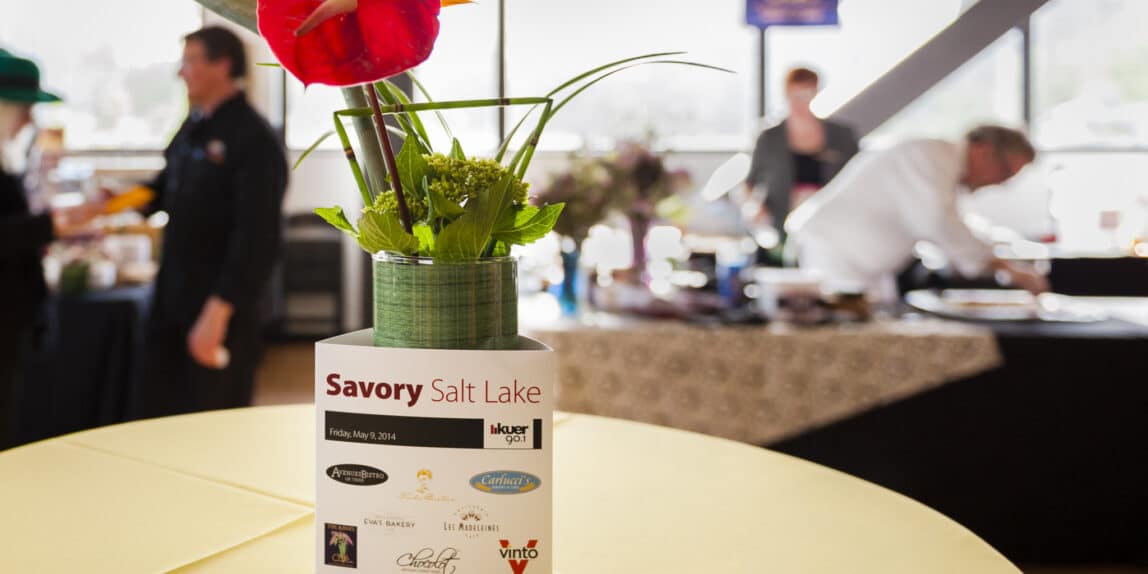 The Tastes of Salt Lake Shine

Over 300 public radio lovers enjoyed food tastings and casting their vote for some of the best restaurants in Utah at KUER’s Savory Salt Lake held at The Leonardo on May 9, 2014. In addition to People’s Choice Awards, a team of celebrity judges — RadioWest host Doug Fabrizio, freelance food critic, Vanessa Chang, and silver medalist at the 2014 Winter Olympics, Devin Logan — selected their winners for the evening. Recognition went to Vinto receiving the people’s choice dessert award for their gelato and to R&R BBQ securing for the second year in a row both the people’s choice and judges’ awards for their quail egg-topped  brisket.

A few visual treats I captured during the evening along with some key moments: