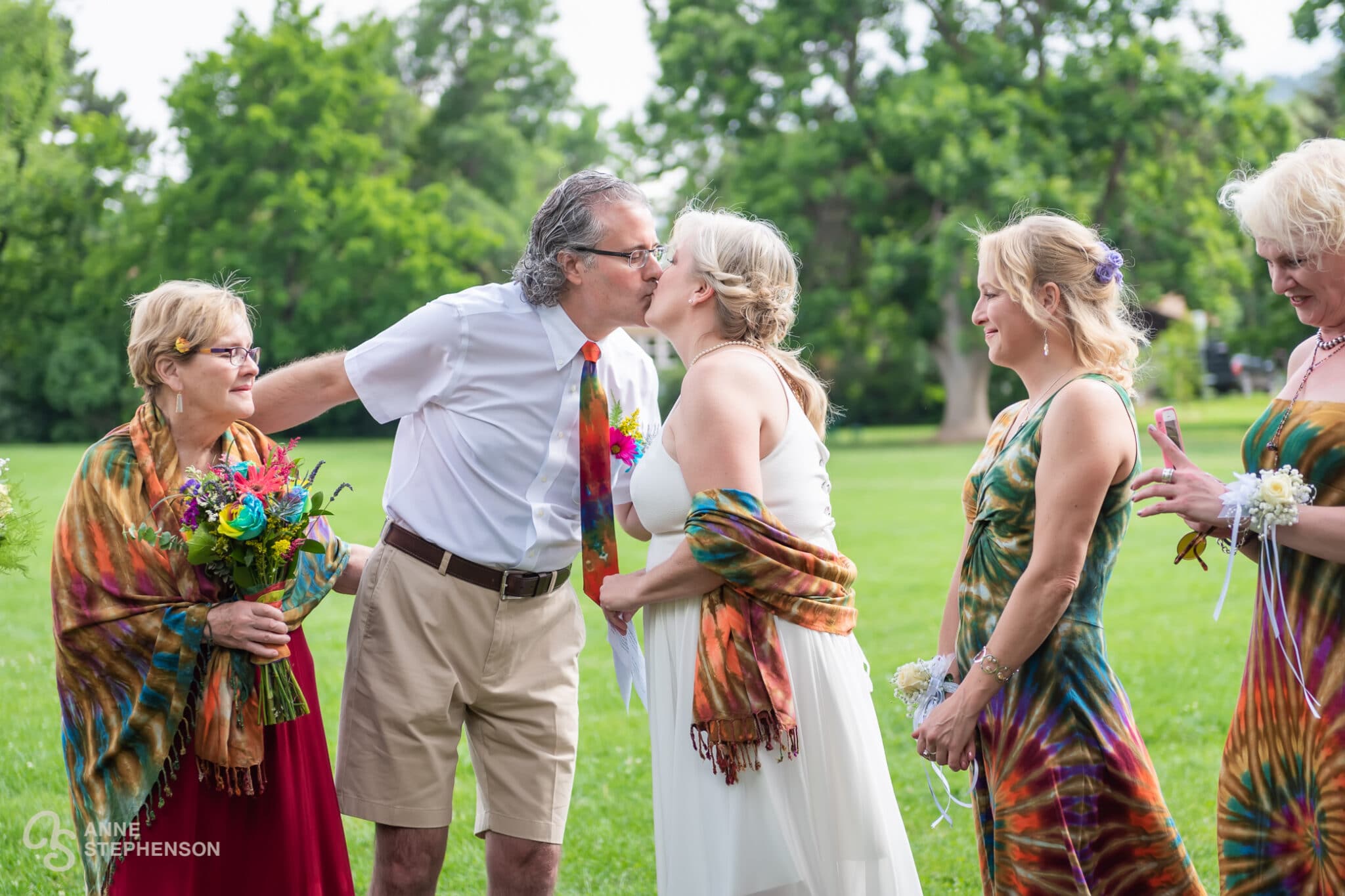 Music makes us smile, laugh, cry and in rare instances of brilliance, brings together two kindred spirits in love and marriage.

For Cindy and Grayson their online meeting three-and-a-half years ago evolved from virtual chance to reality. They quickly realized a shared love for music and a passion around The Grateful Dead. Incorporating the band into their wedding plans seemed a natural thing to do. They planned a casual small family wedding in Boulder, Colorado before the July 6, 2019, Dead and Company concert at Folsom Field.

Focusing on tie-dye and beach casual as a theme, the couple gathered on Saturday afternoon at Boulder’s Chautauqua Green. The cloudy-turned-to-sunlight sky gave a warm hazy summer glow to the event. Traditional afternoon thunderstorms held off for the day as Mother Nature delivered a brilliant display of nature around the Flat Irons.

Learning to Say “We” Instead of “Me”

Both the groom and the bride read self-written vows to each, beautiful tributes to their evolving relationships. Grayson used metaphors and poetically expressed his feelings to his bride. (The Kleenex® tissues were passed several times in the ring around the couple during the vows.)

Cindy talked about music, adding that at the record store: “I will always let you [Grayson] choose the music because your Music thrills me.”

She also expressed her feelings around becoming a family with Grayson and his daughters, Robin and Wren.

“With you all in it, my life is so much better! I have a family–And now I am learning to say We instead of Me.”

Final Words: They Love Each Other

Merry run around
Sailing up and down
Looking for a shove in some direction
Got it from the top
It’s nothing you can stop
Lord, you know they made a fine connection

It’s nothing, they explain
It’s like a diesel train
Better not be there when it rolls over
And when that train rolls in
You won’t know where it’s been
You gotta try to see a little further

Hope you will believe what I say is true (note 1)
Everything I did, I heard it first from you

(1) These two lines form a short bridge and appear in early versions of the song. But they were later dropped–and are not in the published Hunter lyrics

Details on Tie-Dye and More

Tunes: A list of Grateful Dead songs for your wedding from My Wedding Songs

Tunes: A list of Grateful Dead songs for your wedding from My Wedding Songs 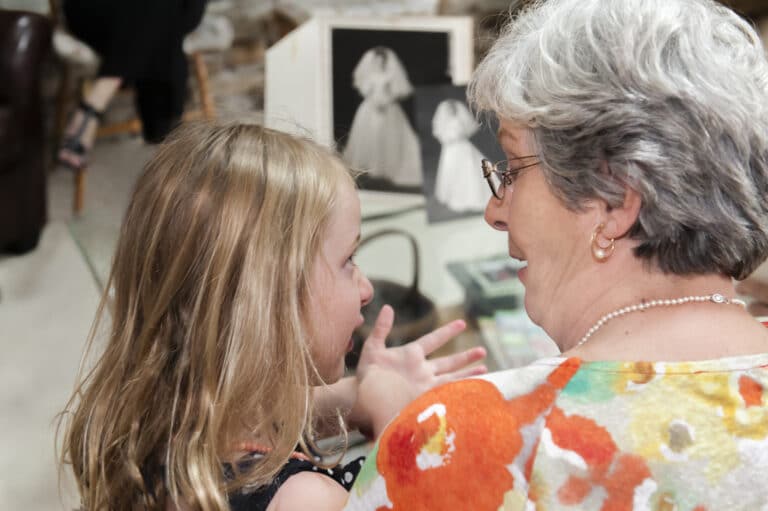 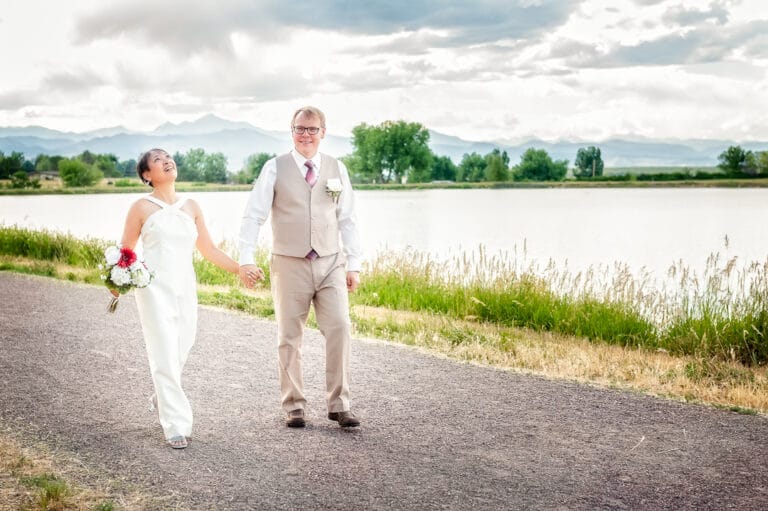 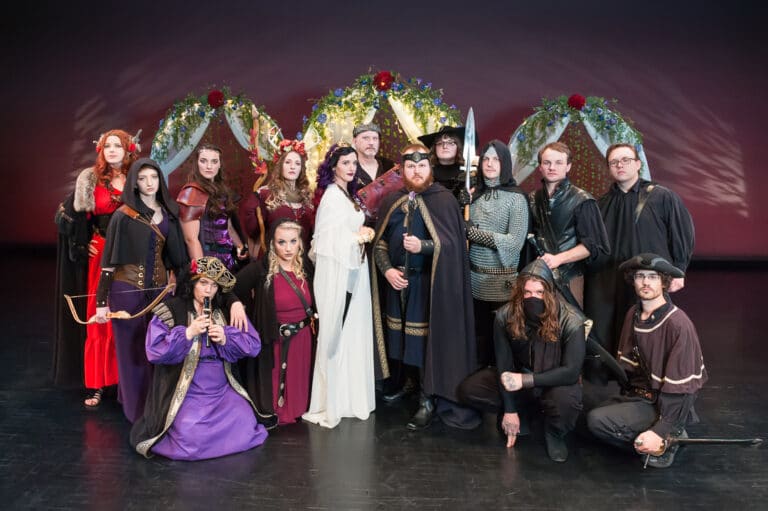 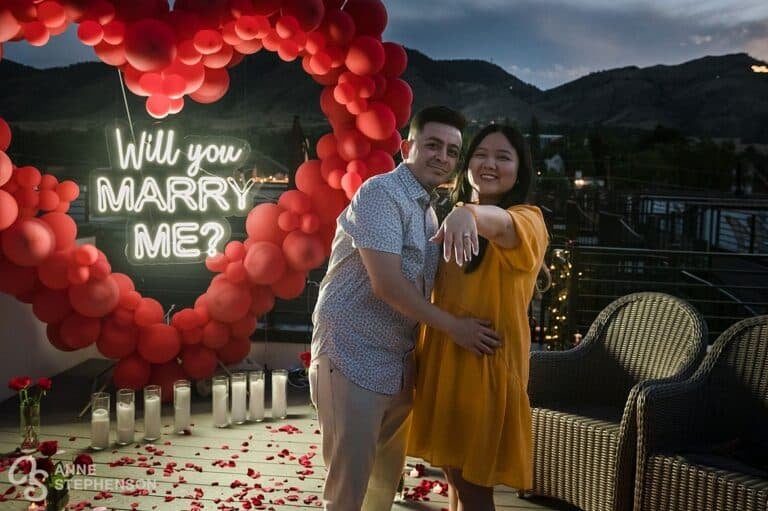 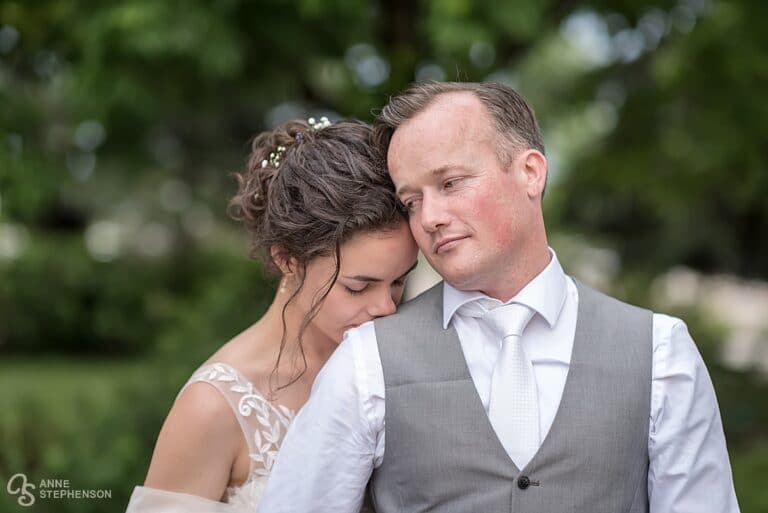 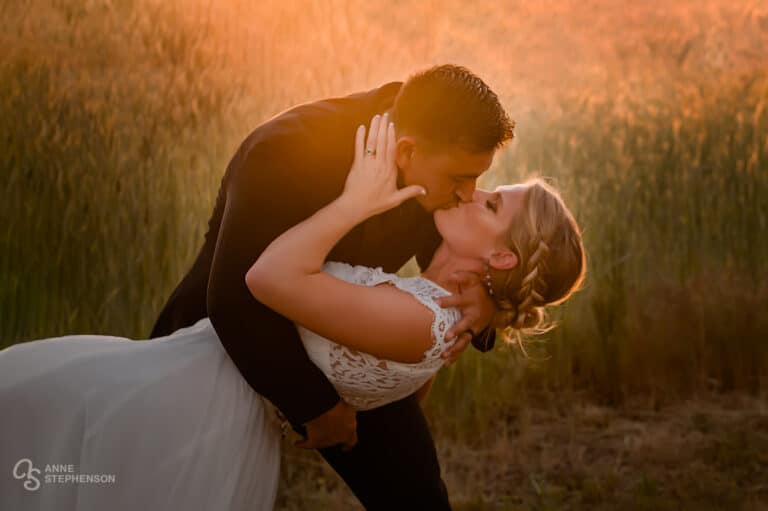